Antipode Excerpts
Read some selections from my book on the culture and wildlife of Madagascar
Prologue
Many years ago, Madagascar beckoned me. It was 1993, and my boyfriend Bret and I had recently finished college. We thought, briefly, about going to Europe. Instead, we headed to the great red island, so called for the mineral deposits that turn its soil a deep rust. Our heads were full of strange ideas regarding the number of tribal chiefs we might meet, and how many cats we would be expected to consume. At the time, our home was Santa Cruz, California, where we made a habit of dashing around on our mountain bikes, soaking up the scent of redwoods and Pacific salt air. Scrutinizing a globe before our trip, we discovered that we were heading about as far away from home as was possible. If we dug a hole straight down from Santa Cruz, we would end up not in China, but in a spot in the southern Indian Ocean, from which the nearest landmass was Madagascar. We were heading to our antipode.

Near the end of that trip, we found ourselves in the north of Madagascar. We stood at the edge of a sacred lake, surrounded by dripping rainforest.

"Do not use or touch the water," our guide advised us. "It is fady. The ancestors would not approve." With that warning of fady—taboo—echoing in our heads, he left. We were finally alone in the wilderness of Madagascar. We dropped our packs and pitched our little tent, then spent a long time getting a fire started as the temperature began to drop. Overhead, a troop of crowned lemurs leapt through the trees, chattering and grunting. Already Bret had learned their calls, and he spoke to them. They paused long enough to investigate the strange primates on the ground. As dusk fell, they moved on, and we followed them into the darkening forest.

Soon we lost the lemurs, outpaced on foot by their antics high in the trees. A tenrec scuttled by, nose to the ground, its spiny shrew-like body seeming to dare would-be predators to try to take a bite. Then it, too, disappeared into a sea of green. We stood utterly still in a rainforest now devoid of obvious animals, with only the otherworldly plants for company.

"What is that?" I hissed at Bret, hearing faint rustling on the ground. It was all around us, as if the earth was preparing to open up and swallow us whole.

"I have no idea," he admitted.

We looked at each other wide-eyed, as the rustling grew louder, and closer. Leaves of understory plants began to bend around us. I squatted to investigate. Now at eyelevel, the source of the rustling became clear. An army of terrestrial leeches was on the march, attracted to our heat. As the big, warm-blooded mammals in their midst, we must have looked like the source of a hearty blood meal, and leeches from all over were convening on the place where we stood.

"Let's move," Bret suggested, with a grin. "I'm sure we can outrun them." And so we moved farther into the forest, away from our tent. There were no recognizable trails, but we stayed on a constant westerly bearing, so that it would be easy to find our way back.

"Haven't we been here before?" I asked, as we passed a giant, gnarled tree.

"Can't be," Bret answered, "we're still going west." He tapped the compass for emphasis, and added, "Always trust the compass before your own intuition." We had invoked these words often during backpacking trips in the High Sierra.

It was now very dark. I felt as if we'd made several turns. We were wandering far from the shores of the sacred lake, with no trail back. Ahead of us, through the trees, we saw eyes.

"Mouse lemurs?" I whispered, breathless. There seemed to be many of them, writhing in a frantic dance. Bright eye-shine capered low to the ground, the sounds of hissing and popping—was that snarling?—confusing our interpretation of the fantastic scene.

"Perhaps," Bret agreed, slowly. "Or snakes. Maybe a mating ball. Turn off your headlamp," he urged. We turned off our lights, but the eyes did not disappear.

"What the hell?" we both asked aloud, now truly scared. If they had been eyes, they, too, would have blinked off our headlamps no longer shone into them. We flipped our headlamps on again, and went slowly towards the lights. Within a few yards, the mystery was solved. Emerging onto the embers of our own fire, glowing red and popping, we were relieved, but deeply confused. Nothing in this forest was as, or where, we thought it was.

We looked again at our compass, and it now read north. Cursing, we stuffed it into an out-of-way pocket and vowed not to use it again. Back home it had worked perfectly. We later learned that magnetic idiosyncrasies in the Earth mean that you need a specially calibrated compass in most of the southern hemisphere. We had been thwarted by our assumptions that Madagascar was, in this small way, just like home.

Over several years, I would discover that, except to the Malagasy themselves—the people who are from and of Madagascar—there are few ways in which Madagascar is like home. In the name of science, I would repeatedly visit that wondrous place, to better understand natural systems that are disappearing. The lives of the brightly colored, poisonous frogs I went to study were essentially unknown before I began my research, and I had to start at the beginning to answer basic questions of their biology.

How do males and females differ, and how many offspring do they have at one time? As I began to put the puzzle pieces into place, everything about those tiny frogs made more sense—the decisions they seemed to be making about mates, and where to make their homes. My knowledge of the biological system paralleled an increasing understanding of the people and cultural traditions of Madagascar.

The unique cultures of Madagascar, in concert with an economy that precludes most people from ever leaving the place of their birth, make the lives and expectations of the Malagasy utterly distinct from my own. It is this difference in perception and daily experience, in part, that I hope to share in this book. How does it feel to be a nature-lover and biologist from the land of right angles and artificially white spaces, suddenly living in a tent and planning every activity around the weather and the phase of the moon? How does one integrate ideas of conservation in a forest you live in and come to love, while surrounded by warning signs that the forest will not last? This, too, shall fall to the global grab for land and natural resources. And how to reconcile the simple facts that human experience is in many ways universal—there are heroes and villains everywhere—but my particular expectations are not? I am so strange to these wonderful people in their homeland that I will never feel wholly at home there myself.

During four trips to Madagascar, these issues came in and out of focus many times. My trips were separated by months or years, from 1993 to 1999, and they represent very different stages of my personal and professional development. I begin the book by orienting the reader to Madagascar and how I came to be there, but the true narrative begins in chapter two, and follows, in three parts, a broad chronology through adventures and revelations the likes of which only Madagascar could generate. 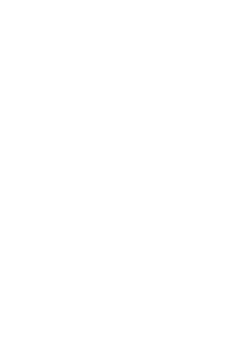 Buy on Amazon
Read another excerpt ➞
Made on